A specialist in refining and packaging crystalline silica.

Company is reliant on conventional post-exposure monitoring to detect RCS.... This spells danger

They decide to take action...

The Air XD is used along the mills on 5 levels, set up with remote monitoring.

Air XD uses optical particle counting technology to dynamically count and size airborne particulate in real time. This has many advantages over conventional monitoring techniques which typically only give total exposure over a fixed monitoring period after that exposure has occurred. The key benefit for process monitoring is that, because the data is time-stamped and has a very high temporal resolution (down to 10 seconds), it can be used to link raised levels of respirable particulate to a particular activity or process.

Data shown in this report is taken from an Air XD trial at a mineral processing site. This site refines and
packages crystalline silica sized between 1 𝜇m and ~ 50 𝜇m. This process can generate respirable crystalline silica (RCS) both as a biproduct of the milling process and as a finished product due the size of milled silica needed by their customers.
Air XD is used by this customer to enable them to monitor the milling process, in turn helping them identify losses from the process that can be corrected, reducing overall exposure for their workers. They have multiple vertical mills with increasingly fine silica produced at different levels of the mills. Air XD units are placed alongside the mills on five levels to monitor exposure in different areas and to allow them to identify the location of any leaks.

What was the Air XD used for?

The examples given in this report highlight two areas where the customer was able to gather valuable data about their process using the Air XD. The first is an example of a process improvement/correction highlighted by the data provided by the Air XD and the second shows the benefits to occupational health monitoring of real time data.
It is worth noting that this data was gathered using an Air XD general purpose particulate monitor so we cannot distinguish between RCS and any other particulate. Due to a good understanding of the environment and processes at the plant, it was safe to assume that most of the particulate matter in the environment was RCS. This enabled the Air XD to be tuned to the specific environment using the proprietary Trolex environmental database. This, in turn, enabled a higher level of accuracy to be obtained from the data and more realistic conclusions to be drawn.

What was found after deploying the Air XD?

The examples below show live particulate matter (PM) readings gathered alongside the silica milling process during a 24-hour period. Plots show data for PM10, PM4.25, PM2.5 and PM1. These refer to particles with diameters in different size bands. PM10 is equivalent to the particulate that would be captured by a 10 µm filter in gravimetric sampling, PM4.25 a 4.25 µm filter etc.

These are useful as PM10 is commonly used for environmental monitoring. PM4.25 is defined in standard ISO 77081 as the inhaled airborne material that penetrates to the lower gas exchange region of the lung and therefore has the potential to cause the most harm. Most UK legislation requires the monitoring of PM10 exposure. 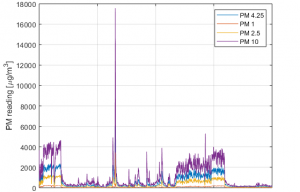 This example shows the benefit of being able to correlate the real time particulate monitoring data to the milling process. The data shows sustained raised levels of particulate from midnight until 3 am and from 2 pm until 7 pm. This corresponds to the times that the mill was in operation, the company operate 24 hours a day with two shifts.

What benefits did the Air XD provide?

One of the benefits of the Air XD is that it provides time stamped data with high temporal resolution. This was useful in the example above as it highlighted that high particulate matter concentrations were present in the air after the machinery was turned off at the end of a shift. This was found to be due to the fact that the extraction system for the mill shut off before the mill had finished spinning down releasing a cloud of dust into the area. This was quickly resolved by altering the mill program so that the extraction stayed on for 15 minutes after the mill was shut down.

This example shows the benefits of real-time monitoring vs conventional post exposure monitoring. The UK limit for average exposure to RCS over an 8-hour shift is 0.1 mg/m3, this limit is shown on the plot as a black dotted line. Also plotted are the live signal for the respirable fraction of measured particles (PM4.25) as well as 15-minute and 8-hour moving average of the data.

What was the result?

The important result is that a conventional monitoring sample gathered between 6am (the start of the shift) and 2pm would have detected exposure below the legal limit. The live signal however shows that in reality there were several events that caused particle levels to spike well above that level.

More importantly the 15-minute average shows sustained levels above the legal limit around these spikes leading to much greater exposure for anyone around the process at that time. As in the previous example these spikes were linked to certain parts of the milling process so that appropriate action can be taken. 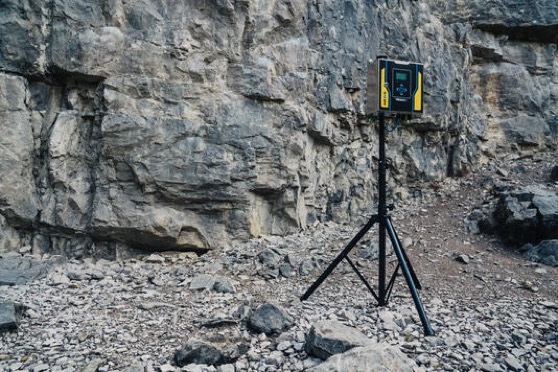 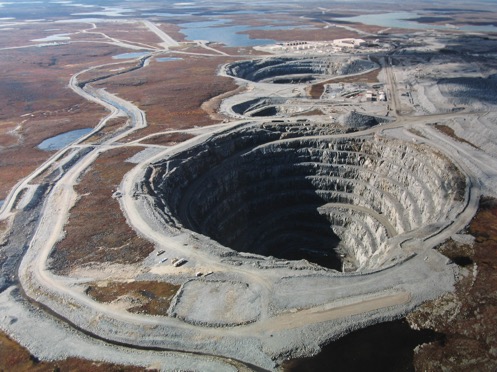 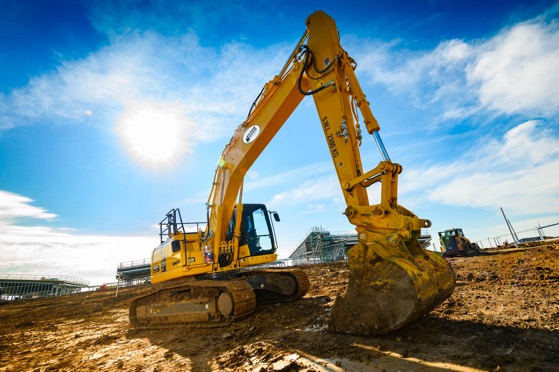 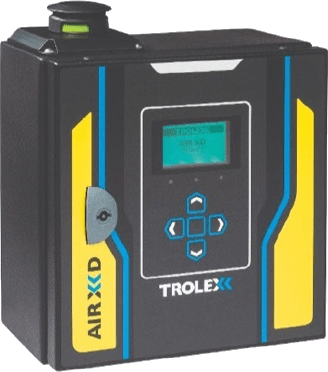